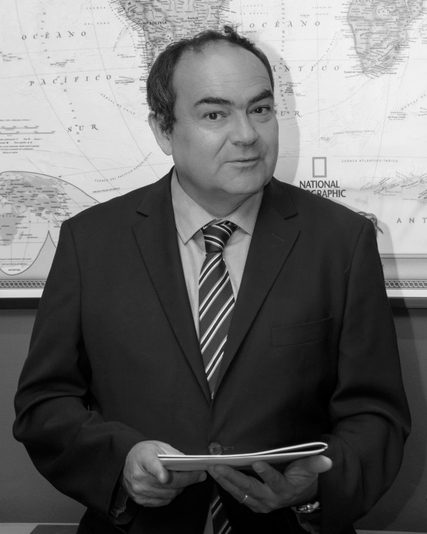 Ignacio Roca-Umbert Parés, founding partner of Aquit Legal S.L., heads the Commercial and Corporate Law Department of the firm, directing and coordinating the distinct practices that fall under the commercial area.

Ignacio has a degree in Law from the University of Barcelona and has been a Collegiate at the Barcelona Bar Association since 1987.

He has a thorough and extensive professional experience due in large part to the services he previously provided for Coopers & Lybrand, PriceWaterhouseCoopers and Landwell, where he spent most of his professional career, as well as his services provided to Aquit Legal since his decision to be a part of this project. All of this has allowed him to enjoy ample knowledge in his subjects of specialization. He has also taught corporate law classes both at the Barcelona Bar Association and at the Business Administration School.

Ignacio has also formed and continues to form, as non-director secretary, part of different Boards of Directors of several companies to which he regularly provides commercial consultation. He also manages and directs business activities that are out of the norm, such as business restructuring or participation in Spanish or foreign companies, as he is also an expert in hiring. Additionally, he advises individuals in their corporate interests.

Ignacio considers it of upmost and vital importance to act in his duties with the greatest responsibility, speed and detail in order to achieve the highest level of satisfaction on the part of the client.